Sublocade is a prescription medication belonging to the opioid group of drugs. It is prescribed to treat opioid addiction. Are you Looking for a Knee Brace that is best in class. Check the options available at our Online Portal. 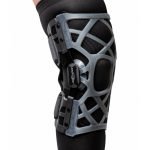 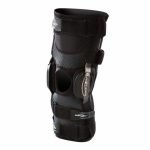 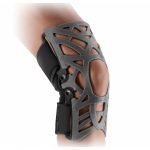 History behind the Sublocade

This medication is backed with almost a decade of research at Reckitt & Colman which is now known as Reckitt Benckiser. It was in the year 1969 they did attempts to synthesize an opioid compound which was initially termed as RX6029 while under research and was named Buprenorphine which started to use for human trails in 1971 and was successfully launched as injection form in the United Kingdom in 1971. The sublingual form of Buprenorphine was introduced in 1982.

How does Sublocade work? (Sublocade Mechanism of Action)

Sublocade is a long-acting opioid drug. The ingredient drug buprenorphine is works differently compared to the other types of opioid medications. Sublocade is available as an injection form which is administered as a subcutaneous injection. After administration, the injection forms into a solid gel deposit which is called depot. It then releases the medicine at a controlled rate throughout the month.

How to Take Sublocade?

This medicine is given as a subcutaneous injection by professional medical staff in a hospital environment under medical supervision. Self-administration is not allowed. It is only given as a subcutaneous injection and not advised to give an intravenous injection or intramuscular injection. It can lead to serious life-threatening complications if used as an intravenous or intramuscular injection which can even lead to death. Hence it is only available through a controlled medical program in a hospital environment by medical staff.

Dosage depends on the condition of the patient and is decided by the doctor.

When to Avoid Sublocade?

Sublocade can show some side effects besides the intended benefits. Listed below are some common possible side effects of Sublocade.

Long term use of medicine may cause some serious health issues related to liver, fertility in men and women and may also result in decreased blood pressure. Using this medicine more than a moth can cause damage to adrenal glands.

Regular blood checkups may be conducted to diagnose liver damage while under the medication.

Sublocade may show allergic reactions in some patients which include –

Effect of Sublocade on the menstrual cycle

Long-term usage of Sublocade may lead to hormonal imbalance, lowered sex drive, and decreased or no menstrual cycles in women. Consult your doctor if any such symptoms are noticed.

Drug Interactions of Sublocade to Be Careful About

There is no major food interaction associated with this medicine. Let your doctor know if you have any allergic symptoms towards any food items.

Let your doctor know about the medication before attending any diagnostic tests.

How Long Does the Effect Stay?

Sublocade is a long-acting or extended release opioid medication. This is administered once in 26 days. Traces in the clinical test are known to last up to 5 months after a steady state of the drug is achieved.

Sublocade is addictive as it is an opioid, but rarely possible due to the controlled administration of the medicine by medical professionals but not by individuals by self-use.

Can I have Sublocade with alcohol?

No, Alcohol consumption is not advised during the treatment period. Consumption of alcohol or any other medicine such as sedatives, sleeping pills, tranquilizers, anti-histamine medicine, muscle relaxants, etc. can cause life-threatening side effects such as breathing disorders and which can even lead to death.

Can I have Sublocade When Pregnant?

Not advised to use in pregnancy unless it is an absolute necessity. Babies born to mothers who used this medicine during pregnancy may have symptoms of opioid withdrawal at birth.

Can I have Sublocade when feeding a baby?

Not advised as this medicine can pass through mother milk and can harm the infant. Talk to your doctor about guidance on feeding if you can’t avoid this medicine during breastfeeding.

Can I drive after taking Sublocade?

Sublocade may cause drowsiness and slow reaction during initial days of administration or when there is a modification in dose. Driving or operation machinery is not advised in such conditions to avoid complications.

Effect of an overdose of Sublocade

Overdose of the medicine is rarely possible since it is administered by a trained medical professional. Symptoms of overdose include slow breathing, blurred vision, severe dizziness, high body temperature, trouble in walking, slurred speech. Bring it to the notice of your doctor immediately if you suffer any such issues or any symptom that is making you uneasy.

Possibility of using expired medicine is not possible as it is administered in hospitals by trained medical professionals.

Effect of missing a dose of Sublocade

Possibility of missing a dose is rare in case of this medicine as it is administered once in 26 days and is done by professionals in a hospital setup with prior appointment.

Sublocade is advised to store at refrigeration condition at 20C to 80C temperature. Once removed from the refrigeration, it can last up to 7 days for administration if stored at room temperature in its package. Medicine stored outside refrigeration for more than 7 days must be discarded.

Are you Looking For a Health Insurance? – Read this for More Information

Below mentioned medications may be prescribed as alternative options depending on the level of opioid addiction of patients.

Sublocade
0.0 rating based on 12,345 ratings
Overall rating: 0 out of 5 based on 0 reviews.
Anonymous
Note: Information available on healthclues.net is solely for awareness purposes on matters related to health and fitness and is not a substitute for consultation with a licensed medical practitioner.