Dolo 650 is a Paracetamol tablet which is commonly prescribed to attenuate fever and for relieving pain, such as muscle ache, headache, joints pain, toothache, ear pain and menstrual pain. Get to know how Dolo 650 works, its undesirable effects, precautions, and contraindications where Dolo 650 is not suggested.

Read about DOLO 650 in Hindi

Dolo 650 is a brand name of oral tablets, most commonly used over the counter medicine available in all pharmacies generally used for pain relief and fever. It is manufactured and marketed by Micro Labs Ltd. These tablets are packaged as 15 units in each strip. Dolo 650 tablet is a Paracetamol (also known as acetaminophen).

Although the drug is easily available over-the-counter in India and in several other developing nations, it should be taken only on a doctor’s or a healthcare professional’s recommendation.
Moreover, the disadvantage of using a drug without supervision is that one may not know whether a particular drug would cause an adverse effect or whether the dosage would be accurate. Different individuals may require variable doses of the same medication. Additionally, long time use of certain drugs, for instance, Dolo, without consulting a doctor can be very harmful.

Dolo 650 tablets contain Paracetamol as its primary component. Paracetamol produces dual action, namely, as a fever reducer (antipyretic) and as a painkiller (analgesic).
Paracetamol acts as an antipyretic by inhibiting the synthesis of prostaglandins (PGs) – a mediator of inflammation, and by decreasing their concentration. Its analgesic action is expressed through the inhibition of cyclooxygenase-1 (COX-1) and COX-2 cascading pathways. Although the primary site of action of Paracetamol is PGs, the analgesic effect of Paracetamol is via the central nervous system and is expressed due to the activation of descending serotonergic pathways by this drug.

When administered orally, this tablet is rapidly absorbed from the gastrointestinal tract. The onset of action of this drug commences one hour after its intake. It is advised to maintain a minimum of 6 hourly gaps between consecutive doses of this drug.
Dolo is extensively and predominantly metabolized in the liver. In healthy individuals, 85-95 percent of this drug is excreted through urine within 24 hours of administration.
This medicine takes half an hour to 1 hour to start its action, which lasts for 6 hours.

Dolo 650 Tablet is prescribed for treating the below-mentioned conditions, diseases, and symptoms:

Read More About :- Joint pain – how an early intervention helps?

Dolo 650 tablet is contraindicated or cannot be prescribed if you are suffering from following conditions:

Side effects of Dolo 650 Tablet:

During the intake of this Dolo tablet, below mentioned side effects are possible but do not always occur. An immediate consultation with your doctor is advised if you suffer any such adverse side effects that last for a long time, and may make you uncomfortable.

Kindly note, this is not a comprehensive list of the adverse effects that may be caused by this drug.

Dolo is a safe and well-tolerated medicine for short-term use. However, consuming high doses of Dolo can cause serious liver damage. If you are suffering from liver disease, inform your doctor during your first consultation and before you are prescribed any medications. The doctor will then decide upon an alternative medicine or whether you require an adjusted dose of the same medicine.

Intake of alcohol in excessive quantities should be completely restricted while on this drug since the combination of Dolo and alcohol result in serious damage to the liver.

It is always recommended to inform your physician about your current list of medications, the use of over the counter products (for example, vitamins, herbal supplements), as well as known allergies, pre-existing diseases, and current health condition. Furthermore, you must also make sure that your doctor is aware of your current health status, for instance, pregnancy, recent or upcoming surgery or a recent episode of illness. This is because some health conditions may make you more susceptible to the side-effects of certain drugs. This is also applicable to Dolo tablet.

The following precautions should be practiced when on Dolo tablet:

Intake of the unregulated amount of Dolo tablet or having more than the prescribed dose may cause harmful side effects. In case of an overdose or adverse reaction, a doctor or a healthcare professional, such as a nurse or pharmacists should be informed immediately, so that the patient receives first aid before he or she can be reached to the hospital.

Very often Dolo may not be prescribed as a regular course, but may be indicated only as and when required; such as in mild pain or intermittent fever. Therefore some patients may possibly forget to take the tablet on time.

In case you miss a dose of Dolo, it is recommended to take it as soon as you remember. However, if you remember only when it’s about time for the next dose, it is better to skip the missed dose. Also, caution should be exercised to not take extra doses, even by mistake.

Below is the list of medicines, which have the same active ingredients, strength, and form as Dolo 650 MG tablet. 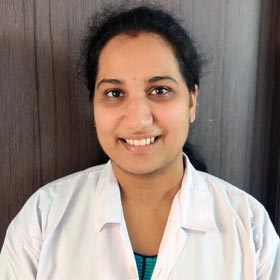 Dr. Divya has been pursuing Dentistry for about 5 years now. Endodontics and Orthodontics are her areas of interest and she holds a BDS degree from Govt. Dental College, Vijayawada, AP. Besides pursuing her career as a Dentist, she is passionate about Technical writing and is spending her free time in writing medical articles to bring awareness and share medical knowledge to the public.

Dolo 650 - Composition, Uses, Side-Effects, Substitutes, Warnings
5.0 rating based on 12,345 ratings
Overall rating: 5 out of 5 based on 1 reviews.
Anonymous
Dolo 650 – Composition, Uses, Side-Effects, Substitutes, Warnings
Sunday, July 15, 2018
★★★★★
“ found very good information. thanks!”
- Roshan
Note: Information available on healthclues.net is solely for awareness purposes on matters related to health and fitness and is not a substitute for consultation with a licensed medical practitioner.